This is the official documentation for the Power Watcher v.3, written by Yuriy Logvin.

You can download user manual using the link below:

Data is indicated via an external device which can be an Android (v4.0 or newer) based smartphone or a tablet capable of supporting Bluetooth2.0.

The device consists of a "hardware" and "software" parts.

The "Hardware" part is a board with microcontroller and embedded firmware, which are connected to the Bluetooth-adapter and sensors measuring the current speed, temperature, voltage.

The "Software" part is a program, which runs on the Android operating system.

"Software" and "hardware" interact with each other via Bluetooth.

The device measures the following parameters:

Power Watcher software has 3 screens – “Display”, “All parameters” and “Settings”. You can switch between the screens by swiping left or right.

The “Main screen” solely indicates the selected parameters. It has several “zones”:

This screen allows selecting the parameter set to be indicated on the “Display” screen. To specify the parameter position, you need to tap on the parameter, then in the context menu select its place on the display. This screen is scrollable.

On the “Settings” screen you can specify the wheel length, shunt resistance etc.

Charge cycle reset — press and hold the battery icon for at least 2 seconds.

Power Watcher can be supplied without a high-voltage converter, for use in low-voltage (up to 36 V) devices or to be powered from the onboard 12V network (in this case, the voltage is measured using an external RS485 device).

The device in this case is called PowerWatcher3LV (low voltage).

The photo below shows the device with and without a converter. The pinout of the VD4 and VD5 diodes determines where the 12 volt cascade will be powered from. This means that by purchasing a board with a soldered high-voltage cascade, moving the diode from VD4 to VD5, we get a device with a power range of up to 36 volts instead of 200. The device must be connected to the current sensor, battery, thermo resistor and the speed sensor. 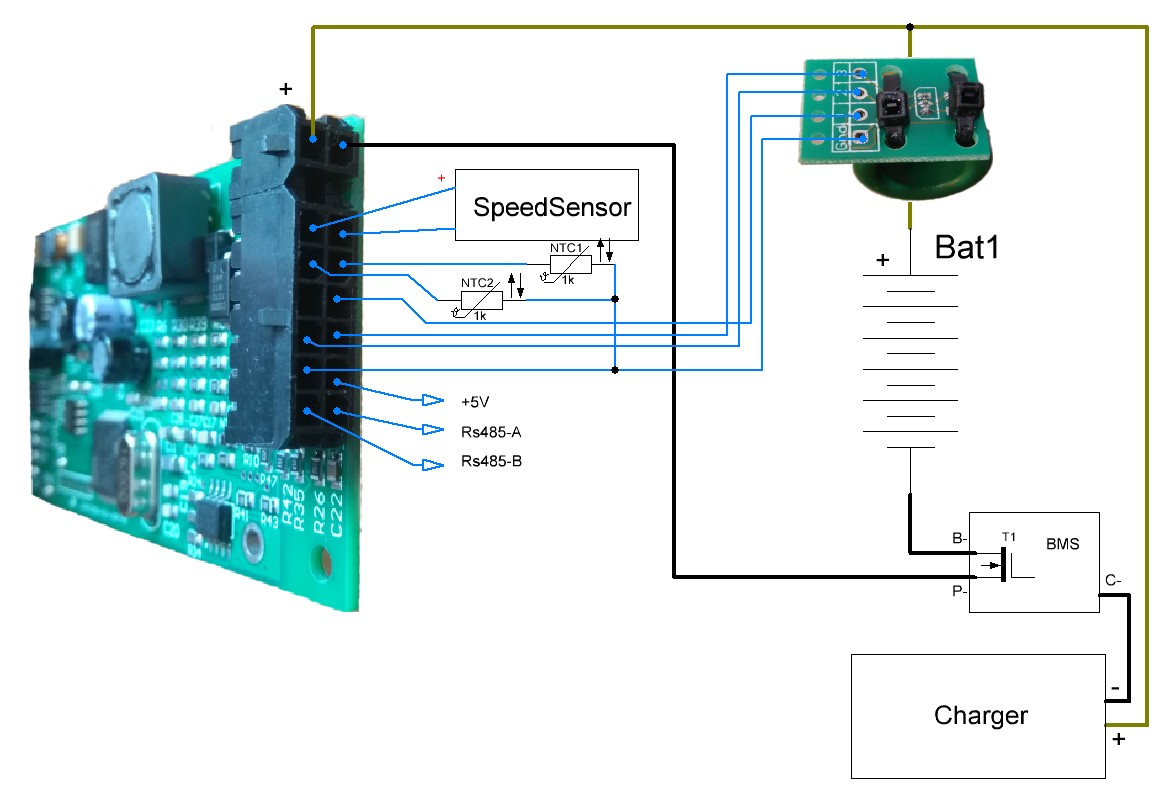 An optocoupler is installed at the input of the PW speed signal. This allows us to quite flexibly connect the speed sensor.

There are several connection variants.

Built-in is soldered into the board of the device and allows to measure currents up to 140A. To measure high currents, an external sensor should be used.

This sensor is based on the analog Hall sensor SS49E. The sensor measures the current that flows through the ring. It is shown on the photo below. Where “Bat-” — negative terminal of the battery.

Wire pinout is the same as for “PW-ACS75X” sensor.

IMPORTANT! For this sensor in the settings you need to specify:

Explanations: Each current sensor contains a thermal sensor. When a current is set to zero, the voltage at the output of the sensor, which corresponds to zero current and temperature, is stored. During current measurements, zero drift correction is performed depending on temperature.

This sensor is almost identical to “PW-SS49E-CORE”, and differs from the latter only in that the wires are soldered to the sensor board. 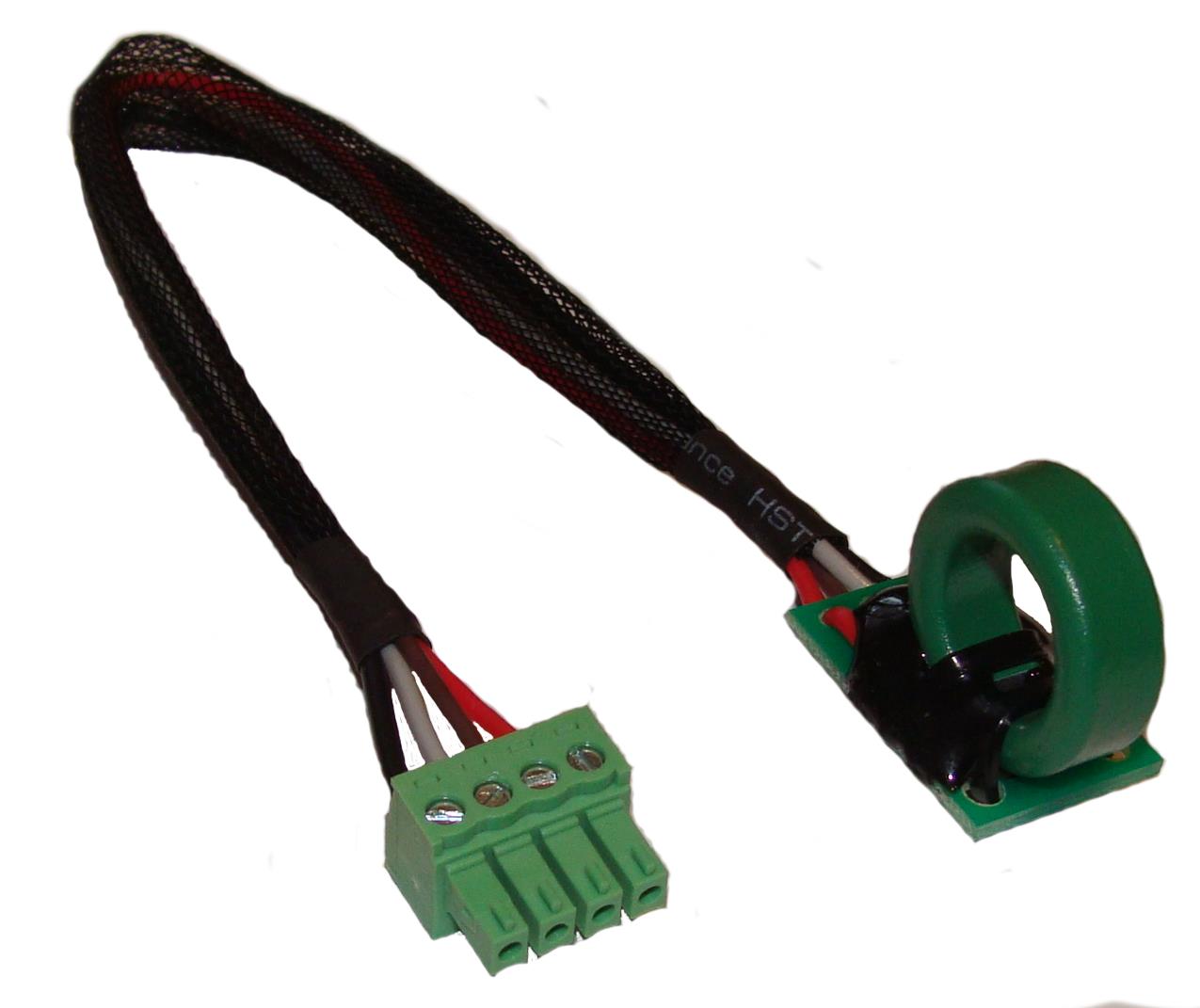 This sensor is almost identical to “PW-SS49E-CORE”. And it differs from the latter by the absence of a ferrite magnetic field concentrator ring.

For the sensor to work correctly, the magnetic field lines must cross the plane of the sensor body along a normal (perpendicular). See the photo below. Where “Bat-” — negative terminal of the battery.

The device can be used with 2 temperature sensors.

As a first sensor, 3 variants are possible:

Setting Up The Device

To calculate the correct energy values, device must be active both during charge and during discharge.

During the charge process, if the battery output voltage is higher than parameter «Charged Voltage», this means that the charging process has finished.

When this condition occurs, the values of distance, spent energy, average and maximum values of speed, current and voltage are cleared.

The software can be updated from the USB-flash drive.

USB-flash must have only one volume and formatted in FAT32.

The sequence of steps to update the firmware:

On error, red and blue LEDs will be flashing alternately: once the red one, N-times the blue one. Where N - the error code.